Our mission was given to us in 1925 by our founders, Tracy and Katherine McGregor, whose work and philanthropy guide and inspire us to this day. 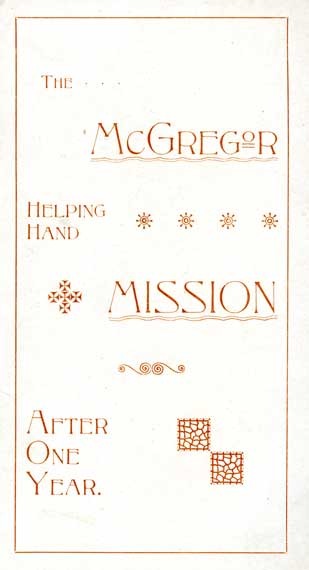 Back in the late 1800s, cycles of hardship hit rapidly industrializing cities, and a movement of social evangelizers responded by founding charities to lessen the widespread suffering. Among those evangelizers was Tracy McGregor’s father, who in 1887 closed his piano business to serve the Lord and, aided by his family, opened the Bethany Mission in Toledo, OH and, in 1891 just before his death, the Mission for Homeless Men in Detroit.

With the sudden passing of his father, Tracy quit Oberlin College, moved to Detroit to stabilize the fledgling Mission, and made the decision to devote his life to the gospel in action. Tracy’s future wife, the heiress Katherine Whitney, was similarly called to serve Detroit’s poor, eventually founding an orphanage in nearby Highland Park. Once married, Tracy and Katherine spent their life together in this spirit of the Social Gospel, working to relieve the suffering of others while also providing philanthropic support to many local charities.

Over the decades, Tracy’s thinking evolved on how people could improve their circumstances. Building on the Mission’s faith-based approach to spiritual healing and wellness, he also developed opportunities for residents to become more educated, to develop discipline and self-esteem through work, and to learn financial literacy by managing their small incomes. In order to provide entry-level, paid work for Mission men, he launched successful social enterprises including a 100-acre produce farm and a wood business that turned scrap lumber into kindling for sale and delivery to Detroit homes. As a life-long student of the nascent social sciences, Tracy brought methodology to the Mission and created systems for tracking the men’s progress. Today, we might describe the Mission as a comprehensive, outcome-focused rehabilitation and skill building program.

Meanwhile, during this era the automobile industry brought a new wave of economic transformation to the local economy and, along with it, rapid growth and profound social change. In addition to his role running the Mission (now called the McGregor Institute after Tracy’s father), Tracy’s stature grew among business and civic leaders as he called upon his peers to consider the social needs of Detroit’s fast-growing population. He brought to their attention the need for better city planning, sanitary housing, playgrounds for children, industrial education, and legal reforms to better protect working children, adults injured on the job, and prisoners subjected to inhumane conditions. 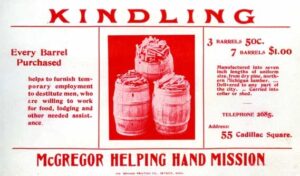 Ever the social entrepreneur, Tracy also helped to form a new generation of institutions including the Provident Loan and Savings Society to provide low-interest loans to working families buying homes; a reorganized Associated Charities of Detroit; and, with Lizzie Pitts Merrill Palmer, the Merrill-Palmer Motherhood and Home Training School, a pioneering institution focused on early childhood development and education. In time, Tracy was recognized as a local leader of the Progressive Movement and a national champion for the field of social work.

In their life together and through periods of great social change, Tracy and Katherine used their financial means, their unflinching commitment to helping others, their intellectual gifts and their time, and worked to promote the well being of mankind by making their community better. Through the ongoing work of the McGregor Fund, their progressive and hopeful spirit lives on and inspires us to address the challenges of our time. 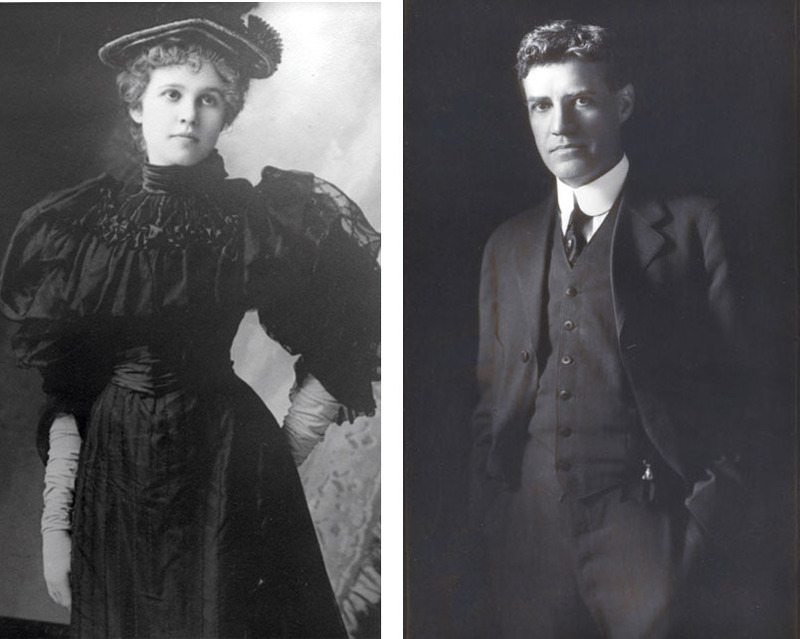 —Adapted from TRACY MCGREGOR AND IDEAS OF PROGRESSIVE REFORM, a talk by Francis X. Blouin Jr., Professor of History, Professor in the School of Information, University of Michigan, presented to the McGregor Fund on December 14, 2015 in Detroit, MI.

Effective Jan. 16, 2023, the McGregor Fund has stopped utilizing Twitter due to recent changes in the company’s ownership and policies.  Please continue to connect with us on other social media platforms.

Effective Jan. 16, 2023, the McGregor Fund has stopped utilizing Twitter due to recent changes in the company’s ownership and policies. Please continue to connect with us on other social media platforms.

Effective Jan. 16, 2023, the McGregor Fund has stopped utilizing Twitter due to recent changes in the company’s ownership and policies.  Please continue to connect with us on other social media platforms.